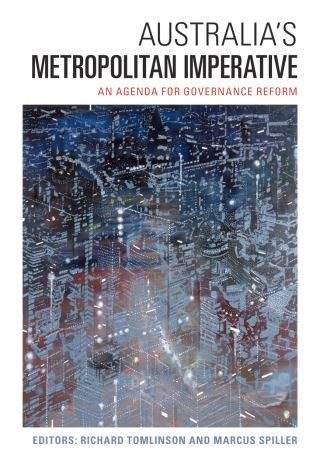 An Agenda for Governance Reform

Since the early 1990s there has been a global trend towards governmental devolution. However, in Australia, alongside deregulation, public–private partnerships and privatisation, there has been increasing centralisation rather than decentralisation of urban governance. Australian state governments are responsible for the planning, management and much of the funding of the cities, but the Commonwealth government has on occasion asserted much the same role. Disjointed policy and funding priorities between levels of government have compromised metropolitan economies, fairness and the environment. Australia’s Metropolitan Imperative: An Agenda for Governance Reform makes the case that metropolitan governments would promote the economic competitiveness of Australia’s cities and enable more effective and democratic planning and management. The contributors explore the global metropolitan ‘renaissance’, document the history of metropolitan debate in Australia and demonstrate metropolitan governance failures. They then discuss the merits of establishing metropolitan governments, including economic, fiscal, transport, land use, housing and environmental benefits. The book will be a useful resource for those engaged in strategic, transport and land use planning, and a core reference for students and academics of urban governance and government.