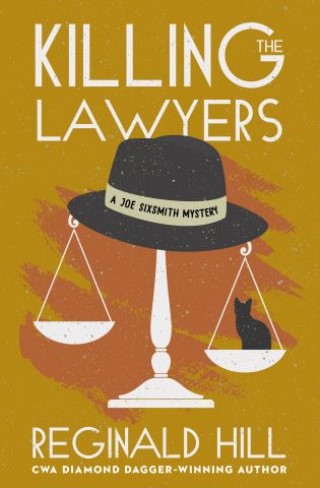 British private investigator Joe Sixsmith needs some help to resolve a dispute with his insurance company, so he turns to Luton, England’s most prominent law firm. But he winds up storming out, infuriated at the rude treatment he receives—which presents a problem once the firm’s partners start getting murdered soon afterward.

And as he tries to fend off the police who suspect him, he’s still got his own cases to juggle, including a plot against a female track star who may have to run for her life . . .

“Among mysterydom’s most unique and eccentric characters. Joe is a redundant British lathe operator, black, balding, decidedly middle-aged, and ever at the mercy of his curmudgeonly aunt Mirabelle and his nearly human cat, Whitey. . . . A blend of Chaplin and Clouseau, Joe Sixsmith is endearingly funny, but he also has an unerring knack for discovering some of life’s most serious truths in the midst of his bumbling misadventures.” —Booklist