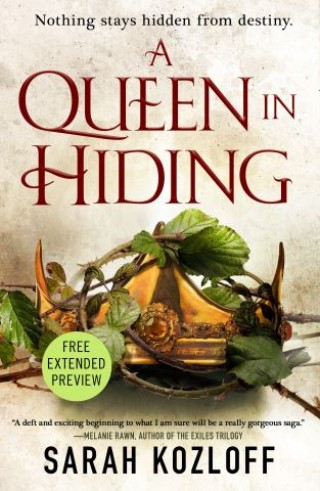 A Queen in Hiding Sneak Peek

Download a FREE sneak peek of debut author Sarah Kozloff's breathtaking and cinematic epic fantasy of a ruler coming of age, A Queen in Hiding, first in the quartet of The Nine Realms series.

Exiled and hunted, Cerulia, Princess of Weirandale, knows she has one destiny.

Her enemies failed to kill her, and no one harboring her is safe. Raised in obscurity, she has no resources, no army, nothing that can help her against her enemies.

Sarah Kozloff: SARAH KOZLOFF holds an endowed chair as a professor of film history at Vassar College. She worked in the film industry in both television and film before becoming a professor. A Queen in Hiding is her debut fantasy novel.