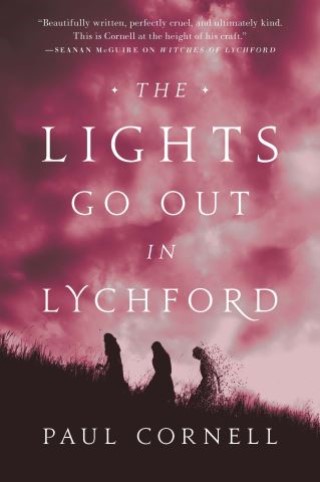 The Lights Go Out in Lychford

Be careful what you wish for...

The borders of Lychford are crumbling. Other realities threaten to seep into the otherwise quiet village, and the resident wise woman is struggling to remain wise. The local magic shop owner and the local priest are having troubles of their own.

And a mysterious stranger is on hand to offer a solution to everyone's problems. No cost, no strings (she says).

But as everyone knows, free wishes from strangers rarely come without a price . . .

Paul Cornell: PAUL CORNELL is a writer of science fiction and fantasy in prose, comics and television, one of only two people to be Hugo Award nominated for all three media. A New York Times #1 Bestselling author, he's written Doctor Who for the BBC, Wolverine for Marvel, and Batman & Robin for DC. He is the author of the Witches of Lychford series for Tor.com Publishing. He's won the BSFA Award for his short fiction, an Eagle Award for his comics, and shares in Writer's Guild Award for his TV work.