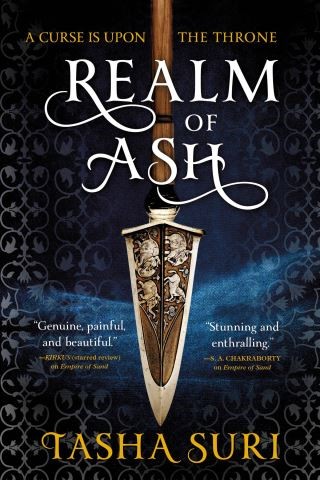 The fate of an empire rests in the hands of a young woman with magical blood and nothing left to lose, and an outcast prince determined to save his family at any cost, in this "dark, melodious, and memorable" new fantasy from the author of Empire of Sand. (Library Journal, starred review)
The Ambhan Empire is crumbling. A terrible war of succession hovers on the horizon. The only hope for peace lies in the mysterious realm of ash, where mortals can find what they seek in the echoes of their ancestors' dreams. But to walk there requires a steep price.
Arwa is determined to make the journey. Widowed by a brutal massacre, she's pledged service to the royal family and will see that pledge through to the end. She never expected to be joined by Zahir, the disgraced, illegitimate prince who has turned to forbidden magic in a desperate bid to save those he loves.
Together, they'll walk the bloody path of their shared past. And it will call into question everything they've ever believed...including whether the Empire is worth saving at all.
"Those with a penchant for lyrical prose, intricate world building, beautifully imagined characters, [and] compelling immersive folklore...need look no further." -- Booklist (starred review)
The Books of Ambha
Empire of Sand
Realm of Ash