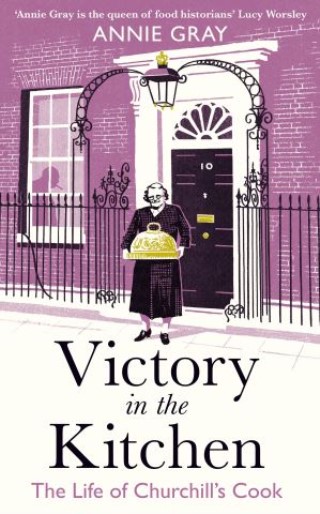 Victory in the Kitchen

The Life of Churchill's Cook

This is the story of a woman who was not a royal, not rich, not famous, simply someone who worked hard and enjoyed her life. Beginning in 1882, she ranged through life in the country, life in the town, life in her own house, and in that of others. She travelled, married, had children and a highly successful career. For while Georgina Landemare saw herself as ordinary, her accomplishments, and the life she lived, were anything but. She started her career as a nursemaid, and ended it cooking for one of the best-known figures in British history, a man to whom food was central, not only as a pleasure by itself, but as a diplomatic tool in a time when the world was embroiled in a worldwide war.

Victory in the Kitchen is a culinary biography: a life lived through food, ranging from rural Berkshire to wartime London, via Belle Epoque Paris and prohibition-era New York. Through one eager eater, and one skilled cook, Annie Gray contextualises twentieth century food through two figures who were both intimately involved with it. Recipes include Georgina's German Kougelhof, Curried Brains, macaroons, Boodles Orange, Mousse de Maple and 'Chocolat Cake Good'.